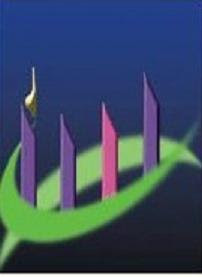 The season of Advent begins today in many traditions, a season of preparation for the birth of Christ on Christmas. There are many different ways of observing the season, different themes for the four Sundays, different colors for the candles of the Advent wreath, but the ideas of expectation and preparation are basically the same.

Interspersed with all the waiting for the birth of a baby, there are also hymns and prayers and readings about the Second Advent, the triumphal coming again of Christ at the end of the world. In those churches that read those lessons today, they may have sung this hymn.

Lo! Christ comes, with clouds descending,
Once for our salvation slain;
Thousand thousand saints attending
Swell the triumph of thy train:
Alleluia! alleluia! alleluia!
Christ our God returns to reign.

Yea, amen! let all adore thee,
High on thine eternal throne;
Savior, take the power and glory;
Claim the future for thine own:
Alleluia! alleluia! alleluia!
Thou shalt reign, and thou alone.

One of Charles Wesley's more than six thousand hymns, this one is based somewhat on an earlier text by John Cennick. Perhaps Wesley thought he could write a better hymn on the theme. Some of Cennick's verses have occasionally been sung with Wesley's hymn.
Posted by C.W.S. at Sunday, November 30, 2008

I LOVE this hymn. Unfortunately, it is not well known in my congregation and we seldom sing it. Pity. Thank you for writing about it.

We didn't sing this hymn today either but I love the sense of Christ's majesty and triumph that it conveys.

I am fond of the tune HELMSLEY. Unfortunately, it is unknown in Baptist circles; on the rare occasions when we have sung it at Fremont Baptist, it has always been to REGENT SQUARE, a great tune but not one that needs yet another text.

I would also draw attention to the Christmas hymn modeled on this, "Lo! [Christ] comes, an infant Stranger":

That would be an interesting opening hymn for Christmas Day worship, but it's hard to supplant the dozen or so Christnmas carols that have to be sung, lest someone in the congregation miss their favorite. Hymnals always a have a few of these unfamiliar Christmas hymns and songs that are hardly ever sung.

The complete hymn is actually only twelve verses, so it should be possible to squeeze it in somewhere ;-) ... I agree that the "dozen or so Christmas carols that have to be sung" constitute one of the great impediments to Christian freedom ;-) and my personal preference would be to keep the vast majority of them for Christmas eve and the caroling party. (We'll be singing Carols on the Porch and inviting the neighbors in the evening of the fourteenth at Fremont Baptist.)

And some of them can be covered in Advent, don't you think?

Among the 24 hymnals I have catalogued so far, these are the 12 most frequent Christmas/Advent/Epiphany carols/hymns (ranging from 19 to 23 occurrences):

Angels from the realms of glory
Angels we have heard on high
Away in a manger
Hark the herald angels sing
It came upon the midnight clear
Joy to the world
O come, all ye faithful
O come, O come, Emmanuel
O little town of Bethlehem
Silent night, holy night
The first Noel
What child is this

I'd be very curious to know what ones that are not among these 16 you (or others) think are "must haves". I know people who would argue for:

and perhaps one or two others. To avoid further thread drift here I would encourage replies via my CCCC blog, here.

Christmas carols in Advent? No.

I have to hear them starting in October out in the world at large -- in worship, they should remain unsung until Christmas Eve, though I know there is a lot of pressure exerted on worship leaders to start them early (a pre-Christmas event, such as your Carols on the Porch wouldn't count). And some traditions do not have a strong sense of Advent, so their hymnals may not have much to choose from for all four Sundays.

In a prior iteration of this blog, I posted one Advent hymn per day for the whole season, so there are certainly enough out there, if you draw on the full hymnic repertory.

But yes, the carols do creep in and I can't fault anyone for programming them on, say the fourth Sunday of Advent. But I'd prefer to worship somewhere where they don't.

I've had a Lutheran pastor explain to me that "Joy to the World" is not explicitly a Christmas carol, and can be sung in Advent. I think he's correct, but as a paraphrase of Psalm 100, it really fits in nicely at the Christmas Day service.

Everyone's looking for a loophole.

I suppose it may have been partly based on "let every heart prepare," but the first line still ends in "is come," not "is coming."