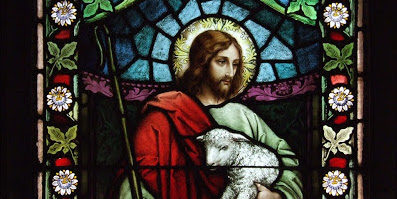 One theme that has been largely unexplored here is hymns for children.  We have seen hymns that were originally written for children that are now considered general hymns, such as Mrs. Alexander's Once in royal David's city and There is a green hill far away, and some Sunday School music (which developed into the gospel song), but have not looked at the vast number of hymns written for children.

Most denominational hymnals from the mid-nineteenth century to the early twentieth century contained a section of children's hymns, and there were also probably hundreds of separate children's hymnals published during those years as well.  The archive of my own church contains an 188os edition of The Sunday-school Hymnal edited by Charles Hutchins, an Episcopal minister in Medford, MA, and most denominations had similar books.

This text and tune combination came to America when it appeared in the 1871 Episcopal hymnal edited by J. Ireland Tucker, and went on to appear in many others over the next 75 years at least.

Jesus, tender Shepherd, hear me;
Bless your little lamb tonight;
Through the night be always near me;
Watch my sleep till morning light.

All this day your hand has led me,
And I thank you for your care;
You have clothed me, warmed and fed me,
Listen to my evening prayer.

Let my sins be all forgiven;
Bless the friends I love so well;
Take me, when I die, to heaven,
Happy there with you to dwell.

Mary Lundie Duncan (1816-1840) was a young mother when she wrote this and other hymns especially for her own little children.  Like many similar hymns that have been written since, the text reflects the specific concerns of a child.  Duncan''s hymns were published after her death, first in a memoir written by her mother, then in a separate volume, Rhymes for My Children (1842).

Charlotte Barnard was one of the first women composers profiled here.  In addition to this hymn tune, she wrote several secular songs under the pseudonym of Claribel.  When J. Ireland Tucker edited The New Children's Hymnal (1892), he included more tunes credited to Claribel, and since he had first used BROCKLESBURY some years earlier, it may be that these tunes are also by Barnard and not someone else using the Claribel pseudonym, though there does not seem to be much scholarship on this subject.
Posted by C.W.S. at Sunday, June 23, 2013