Hymns in the News 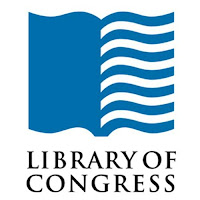 Last week the Library of Congress announced the twenty-five recordings selected for the National Recording Registry in 2016. Each year siince 2002 the registry has selected recordings to be preserved for their historic significance, like the more well-known annual list of the Library's National Film Preservation Registry (active since 1987). You can see all of the recordings chosen since 2002, by year, at this link.

This year the list includes three hymn recordings, some of which can be seen on YouTube video below.

Second on this year's list is a 1923 recording of Lift every voice and sing by James Weldon Johnson and John Rosamund Johnson, sung by the Manhattan Harmony Four. That recording doesn't seem to be available, so I've decided on a 2016 recording from the Abyssinian Baptist Church in New York City.  You can also check out the (not very hymn-like) Melba Moore and Friends version mentioned by the Board.

Seven Years Ago: The strife is o'er, the battle done