Mary Artemesia Lathbury (born August 10, 1841) was a teacher, artist, and editor as well as a writer (and not only of hymns). She taught art at a number of schools in the northeastern US, and was then hired as associate editor for the Methodist Episcopal Sunday School publications. She wrote and illustrated many poems and other pieces for those books and magazines, including the Child's Life of Christ.

She attended the annual sessions of the Chautauqua Institution for many years, and wrote her two most famous hymns while there: the evening hymn Day is dying in the west, and this one, probably the most widely used, still today.

Break now the Bread of life,
Dear Friend, to me,
As once you broke the loaves
Beside the sea;
Beyond the sacred page
Your voice is heard;
My spirit longs for you,
O living Word!

Bless here the truth, dear Christ,
To me, to me,
As once you blessed the bread
By Galilee;
Then shall all bondage cease,
All fetters fall;
And I shall find my peace,
My all in all.

Lathbury wrote only two verses. In 1913 Alexander Groves added two more verses; many hymnals publish all four, some only the original two. I chose to leave the additions out for a few reasons.

A well-written hymn will have a recognizable final verse, one that comes to a climax or conclusion. Lathbury's does - we, with Christ's blessing, find our "all in all." But Groves' verses continue on, with his own final verse, meaning that there's now an extra one. Also, Lathbury specifically writes "Beyond the sacred page," indicating perhaps that there's more to faith than scripture alone. But Groves brings the Bible back into it in two lines -- "(Thy) holy Word the truth that saveth me" and his final line, "And in (thy) Book revealed, I see the Lord." Did he overlook her meaning, or did he decide to "correct" her? Either way, I no longer see any need for his extra verses. Voices Found includes a new third verse (using a vague shadow of Groves' last verse), but gives no indication of its author. Maybe two verses are enough.

Mary Lathbury wrote several more hymns, more than are listed at her Cyber Hymnal page. In Songs From the Hearts of Women, a 1903 book about women hymn writers, it's written of Lathbury "her chance of having a name two hundred years hence is better than that of most writers in America." This hymn has already lasted 131 years, so 200 doesn't seem unlikely. 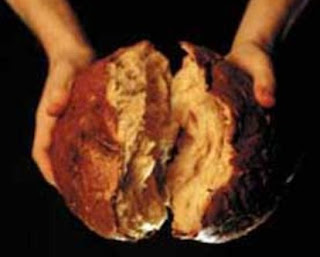 I strongly suspect Groves of trying to correct her theology, and concur heartily in using only the original verses.

I don't believe in changing another author's words, especially when to do so also changes the meaning, as it does with regard to seek and heard. The tradition should be kept alive, language to language. I would not like for someone to mess with words I have written.

I agree. What a thing to do...to alter not only someone's words but their intended message! Whether that's done by actually changing the words or by addition of more words, its so wrong. Shame on Alexander Groves! He gets a thorough tongue-lashing from us!

Sometimes this is done so far in the past that we don't even see it. When the Wesleys changed "Our God, our help in ages past" to the more universal "O God, our help in ages past"—a subtle shift from henotheism towards monotheism that may be traced also in the scriptures—they altered Watts's text in a way that they railed against when others tried to do it to their own songs. But we can be grateful that someone—Whitfield?—changed Charles Wesley's "Hark how all the welkin rings" to "Hark! the herald angels sing" (perhaps mere dearchaizing without theological editing). And I think the "When we've been there ten thousand years" verse was tacked onto "Amazing Grace" it was an improvement, even though it is at variance with Newton's thought. The subtle and sometimes not so subtle ways Matthew and Luke took liberties with Mark's gospel (or their common source), and the ways the Yahwist and Elohist record their sagas, also suggest that I would do well not to join Dorothy and Jim in too heartily calumniating Groves. Still, as a general thing, I prefer originals or else clearly marked new versions. The Christmas song Ermuntre dich ("Break forth, O beauteous heavenly light") is another case: there are at least five or six different second verses floating around. And I don't think Marty Haugen's additional verses do anything to improve upon "The Lone Wild Fowl in Lofty Flight" (nor does the modernizing impulse that so often changes "fowl" to "bird", with or without the Haugen.

Actually, the muckraker is annoyed with me, not with Groves. He doesn't say whether he believes in adding verses in order to reverse an author's originally intended meaning.

Mr. Clark, I can only refer you to the blog entry here for February 5. As you probably know, hymnal editors have changed words in hymn textx for a very long time for a variety of reasons. Hardly a week goes by in my Episcopal parish when we don't sing something from the Hymnal 1982 that has been altered in some way. I think I've spelled out my reasons, both in that blog post, and in some of the inclusive language links found in the right-hand column. I do not come to this haphazardly, but with 20 years of experience at it (and I'm better than I used to be).

This particular text of Mary Lathbury's has endured any number of alterations I've seen over the years (not least of which is the often-uncredited verses of Groves).

In the hymnal in my head, chronicled here at CWS, the words frequently get changed. That's what we do here. We can debate specific changes (I'm not completely inflexible) but not the overall concept of adapting texts for inclusive/expensive reasons. Neither side is likely to change its mind.

Not to put too fine a point on it, but there's a huge difference between "Dear Friend" and "Dear Lord." There's also a huge difference between "panting" and "longing." Jesus is friend, but he is far more important as Lord. The other difference has to do with attitude, and the author had it right, even though the terminology may seem awkward today. There needs to be a connect of current hymns with past hymns, even to the point of using what is now considered archaic language. The trick is to explain the continuity; otherwise, tradition is down the drain, even though tradition is or at least forms some of the building block(s) through the centuries, and upon which hymnists today continue to build.

Tradition is a subjective concept, so it's not very useful as a debating point. The tradition we're following is the practice of hymnal editors who have always made alterations in texts for theological (and many other) reasons. Your idea of tradition is something else entirely, and not one that I find very compelling.

Yes, of course there's a difference between "Lord" and "Friend." It's our belief that "Lord" is only one of the many names of God, and as such we do not choose to retain it in the (very large) proportions in which it's found in standard hymnody. It's not expunged completely, but there are other names which we often choose to substitute -- fully aware of the implications of those changes.

But there's little new being said here. Neither side is going to convince the other. IF this isn't the blog for you, so be it.

Tradition is defined as "an inherited, established, or customary pattern of thought, action, or behavior (as a religious practice or a social custom); a belief or story or a body of beliefs or stories relating to the past that are commonly accepted as historical though not verifiable." How one handles tradition is a subjective concept, but tradition itself just is, and is easily recognizable. Hymn editors who alter texts for theological reasons or other substantive reasons act disingenuously, if not dishonestly, since they distort the actual author's theology and violate his effort to respond to it and present it.

The difference between "Lord" and "Friend" is the difference between this hymn and "What a Friend We Have in Jesus" (Scriven). The concepts are totally different – not at odds, just different and certainly not to be confused with each other. Those who wish to change others' hymns to act upon their own theology would do well to write their own hymns and let those of the others stand in the tradition. The fact that "Lord" doesn't satisfy current hymnody, as opposed to "standard hymnody" simply reinforces this. Write a new hymnody, but don't steal/destroy the message from those in the "standard hymnody," the awareness of the implications notwithstanding.

I will blog out from now on, upon your invitation. I find the site interesting.

Mary Lathbury told people in Enterprise, Florida, where she used to stay at the famous Brock House Hotel, that she wrote "Day is Dying in the West" while looking at Lake Monroe. And she said she wrote it after getting news that her fiance had been killed.

Thanks for stopping by, Sandra. Hope you check out the more current entries here (comments on those entries are not moderated -older ones are to keep the smappers away).

I just found your blog while researching Mary Lathbury. I discovered her on Blue Letter Bible today. They post a list of hymns next to applicable verses and "Bread of Life" showed up with John 6:33, "I am the Bread of Life..."

She's my new found heroine because she was both and artist and a prolific writer, as I aspire to be, who encouraged a woman of the future (me)an entire century after her death.

Glad I found your site. I'll post it on FB for my hymn-loving friends. :)

Welcome, gloriadella - I hope you clicked on Mary Lathbury's name under the picture at the end of this entry to find the other places I've written about her over the last few years.