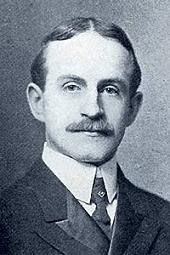 Presbyterian minister and hymnographer Calvin Weiss Laufer was born today in Brodheadsville, Pennsylvania in 1874. Following his graduation from Union Seminary in 1900 he was ordained into the Presbyterian ministry and led congregations in New York and New Jersey for several years.
Laufer had a generally cheerful outlook on his Christian life, and his first two books, Key-Notes of Optimism (1911) and The Incomparable Christ (1914) expressed that viewpoint. A review of the first book spoke of the "crisp and stirring note in these sermonettes which is well calculated to rouse the mind of readers and banish dejection." His books were popular in their time but today are seen as somewhat superficial.
He later began to work with the Presbyterian Board of Christian Education and became its editor of musical publications, producing books such as The Junior Church School Hymnal (1927), The Church School Hymnal for Youth (1928) and When the Little Child Wants to Sing (1935). He was also the associate editor of the Presbyterian Hymnal of 1933, a very popular book which was used in many churches for more than fifty years.
In 1932, his book Hymn Lore was published, which contained the stories of fifty hymns from The Church School Hymnal for Youth, with information about their writers and composers (much like this blog). He chose a broad range of hymns, some quite modern and others well-known and loved for centuries. Several of them were by his mentor and friend Louis F. Benson, who had edited the Presbyterian Hymnal of 1895 and its 1911 revision (and also wrote The Best Church Hymns). In the preface to Hymn Lore, Laufer wrote:
To live with hymns and to make them one's own is the only sure way of appreciating their literary beauty and spiritual power. (...) That the reading and singing of hymns may become less mechanical, more thoughtful and intelligent, and emotionally more effective, this volume is released to the public.
Laufer wrote both hymn texts and tunes himself, most of which first appeared in the books he edited but also had some life outside Presbyterian circles. This tune was written while Laufer was attending a conference in Kansas, though with no particular text in mind. Not long after, he hummed it to a friend, William H. Foulkes, who then wrote the text Take thou our minds, dear Lord. The tune suits this communion text as well, I think.
Here at thy table, Christ, this sacred hour,
O let us feel thee near, in loving power,
Calling our thoughts away from grief and sin
As to thy banquet hall we enter in.

Sit at the feast, dear Friend, break thou the bread;
Fill thou the cup that our souls shall be fed;
That we may find in thee pardon and peace,
And from all bondage win a full release.

So shall our life of faith be full, be sweet;
And we shall find our strength for each day meet;
Fed by thy living bread, all hunger past,
We shall be satisfied, and saved at last.

Come then, O holy Christ, feed us, we pray;
Touch with thy piercèd hand each common day;
Making this earthly life full of thy grace,
Till in the home of heaven we find our place.

Laufer's tune was originally called STONY BROOK, but he changed it to honor a friend, William Ralph Hall. Little is known about the writer May Pierpont Hoyt. Her text is generally sung to the tune BREAD OF LIFE by William F. Sherwin, but since that tune is more known with Break thou the Bread of life, this text could use a different one.
Two Years Ago: Calvin Weiss Laufer